The Tale of the Empress del 4 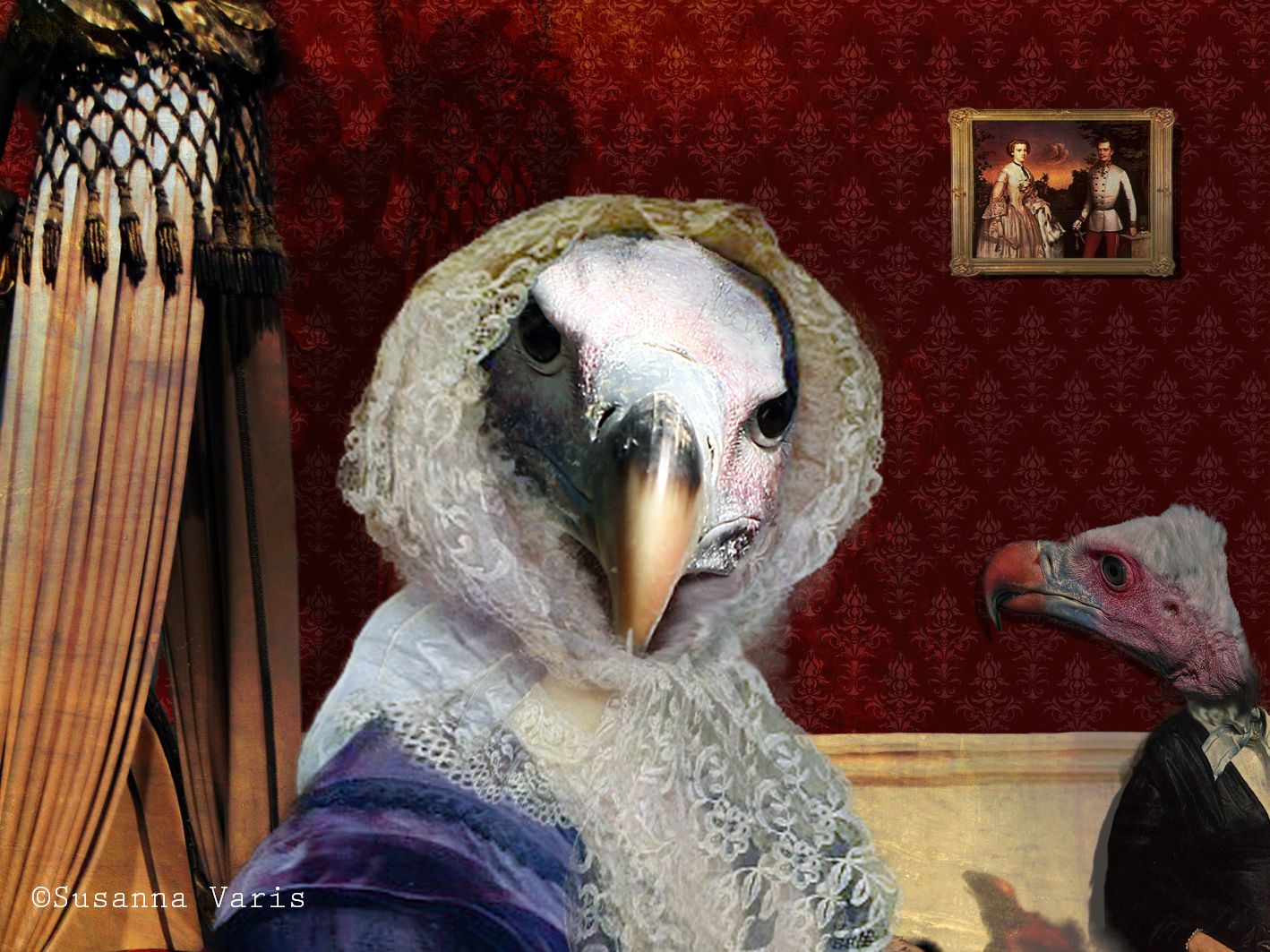 The Vultures (The tale of the Empress series)
digital assemblage 2015, Susanna Varis

””We wouldn´t want it to look like a parrot!” Said the Archduchess as she told the Emperor to take away the Empresses beloved parrots, that she had for company as she was left very much alone in the palace. The Archducess, in her endless caring and love, also took the firstborn daughter away from her mother. After all, she was the one who knew what was best for the imperial children. The Empress longed for the freedom of her childhood; the nature, the animals, the riding…but instead she was now trapped in this golden cage, treated as a child although she was ”the mother of the country” and paraded in endless processions among the masses. To the snobbish, but ignorant court she was just an ill-mannered country girl, not good enough for the Emperor. But the Emperor was deeply in love!”

The Emperor:
”I beg you most earnestly to judge S with forbearance if perhaps she is too jealous a mother – after all, she is such a devoted wife and mother! If you would be gracious enough to think about the matter calmly, you will perhaps understand our feelings of pain at seeing our children enclosed in your apartments with an almost joint anteroom, while poor S, who is often heavy, must pant her way up the stairs, only rarely to find the children alone, even to find themamong strangers if you were gracious enough to show off the children, which shortens especially the few moments i have to spend with the children – aside from the fact that showing off the children, thereby making them conceited, horrifies me; wherein, by the way, I may be wrong. By the way, it never occurs to S to wish to deprive you of the children, and she specifically asked me to write to you and tell you that they will always be entirely at your disposal.”

2 svar på The Tale of the Empress del 4