Mater Dolorosa (The Tale of the Empress series) 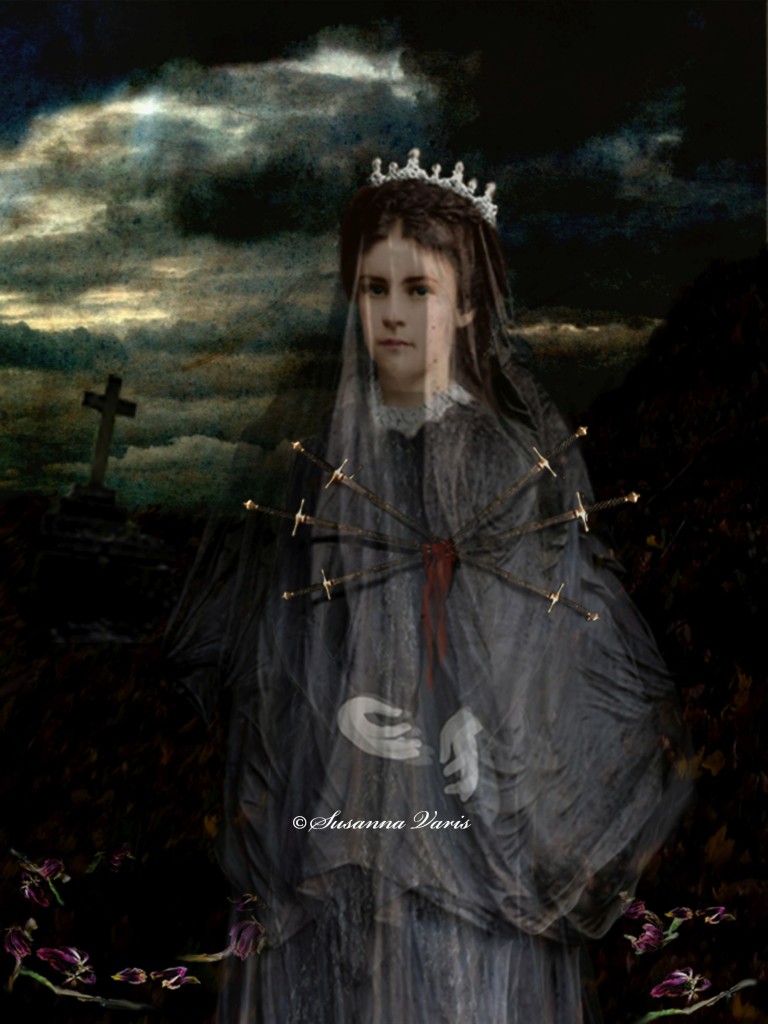 The Empress was unhappy. Not only had she lost her family and her freedom, now she had lost her darling little girl, Sofia. the feeling of guilt never left her alone and she cried many nights when noone could see her. In the daytime she fled the scrutinizing and accusing eyes of the Archducess and her court as much as she could, but in the nights, when only the stars where there, flickering high above her, she could let her bitter tears roll down her cheeks. The Emperor buried himself in even more work to escape his feelings and the tension at court. The sad Empress was to be depicted as Mater Dolorosa many times, as her sorrows only had begun.

The mother of The Empress (and The Archduchess´sister), Princess Ludovika:

”…nothing but a burden on the Emperor and the country, never again able to be of use to the children, yes, she may even think that if she were no longer alive, the Emperor could marry again and that, as a miserable, languishing creature, she can no longer make him happy!”
©Susanna Varis