Nytt digitalt verk: In the Shadow of the Count 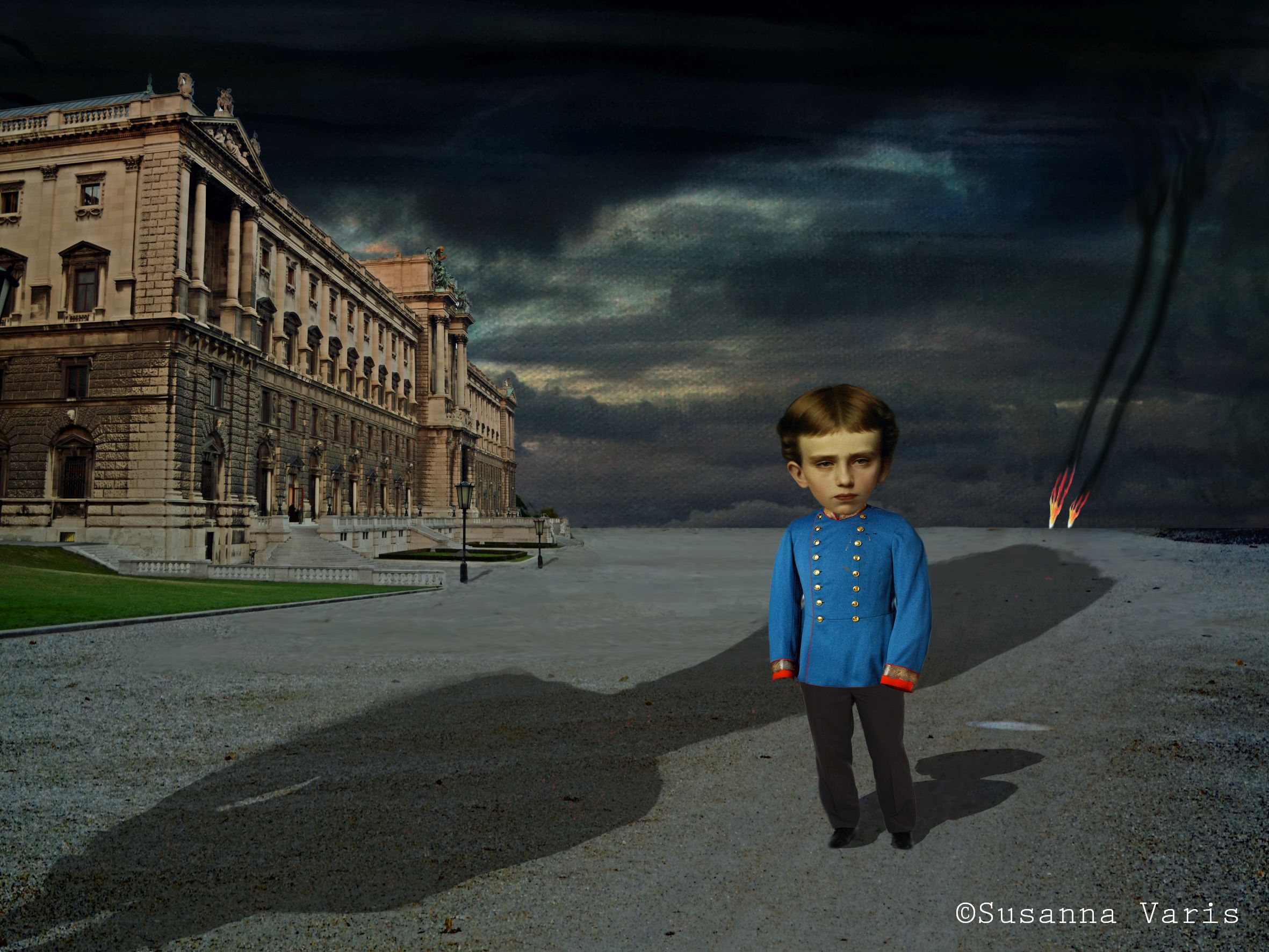 In the shadow of the Count (The Tale of the Empress series)
digital assemblage, 2016
The Empress´ only son, Archduke Rudolf, the Crown Prince, was a sweet, intelligent and delicate little boy. Only five years old, he could make himself understood in four languages. However, in this mighty dynasty there were no place for nothing else than strength, courage and authoritarian leadership, if one was born a boy. The young Crown prince was appointed a very strict, even sadistic, tutor, who should ”work extremely hard” with his young apprentice. The Crown Prince, who already was of delicate constitution and sickly, became almost permanently invalid under the new regime. The young boy suffered from fevers, angina, stomach colds among other conditions. Count Gondrecourt carried out his masters orders and drilled the sicly child with military exercises and rigorous physical and psychological ”toughening”. The Empress had no influence over the upbringing of the children and both the Archducess and the Emperor were of the opinion that only this ”toughening”, conducted in even harsher and more cruel ways, could strengthen the Crown Prince. Not only the Empress, but other members of the court reacted to the unusually harsh treatment of the young Crown Prince and finally the Empress couldn´t take it anymore, she handed an ultimatum to the Emperor:
”I wish to have reserved to me absolute authority in all matters concerning the children, the choice of the people around them, the place of their residence, the complete supervision of their eduacation, in a word, everything is to be left entirely to me to decide, until the moment of their majority. I further wish that, whatever concerns my personal affairs, such as, among others, the choice of the people around me, the place of my residence, all arrangements in the house etc. be reserved to me alone to decide. Ischl, 27 August 1865.”
Later the Empress complained about the difficult situation during the young years of her children: ”who were no longer allowed to be with me – about whose eduacation I was not allowed to have a say – until, with their rough handling and Count Gondecourt´s eduacational methods, they almost turned him into an idiot; – to try to turn a child of 6 into a hero through hydropathic treatments and fear is madness.”
When the Empress gained control over the children´s situation, she appointed a new tutor for him, Colonel Latour, who already earlier had shown great understanding and sympathy for the little Crown Prince. Under his wing the young boy recovered rapidly and was able to develope his intellectual abilities. But the young boy was to be somewhat alienated from his mother aswell, the Empress had fled from the court and the city to live long periods abroad.