The Empress as Queen of Hungary. Design for memorabilia. 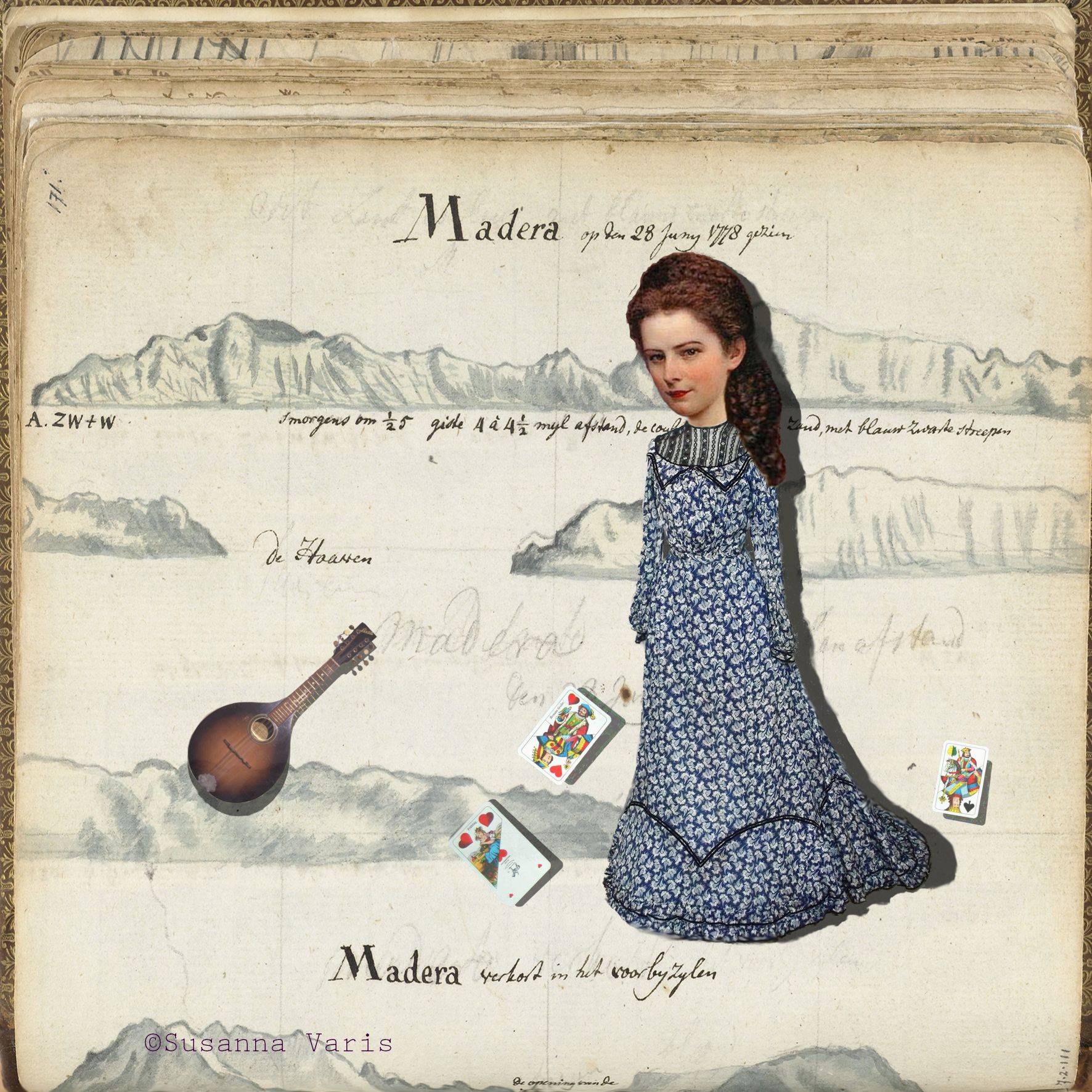 Madeira (The tale of the Empress series), digital assembalge 2916.

The Empress began to flee all her sorrows. Every opportunity there was she would travel…to visit her family in her homecountry, to a recretional spa at a lakeside, to other countries, or to some beautiful island far away. Of course, she was criticized for this at the court. A picture of her, playing a mandoline and playing cards with her ladies-in-waiting, was not well recieved. The Empress´place was beside the Emperor and as a mother to her children and the country. But when at court, she was treated like a pretty and ignorant child and wasn´t even trusted with the upbringing of her cildren. The Empress came back to the city and the court, but she would almost emmideately fall ill once she got there. She wouldn´t eat, she was weak and had terrible coughs. The doctors would every time recommend her a change of climate again. When she was in Madeira, or in Corfu, or in any other place outside the court, she would soon get better and flourish. the Emperor would send couriers to his wife to hear how she was doing…after all, he was deeply in love with his troubled wife.
Archducess Therese:
”The couriers returned from Madeira cannot say enough about how boring it is there. Everything is divided according to hours, even the card games. From 8-9 Old Maid, from 9-10 Half Past Eleven. No one talks, even loquacious Helene Taxis has given it up.”
Besides a certain amount of boredom, the Empress was happy. She had her beloved animals, parrots, ponies and dogs to spend time with and she read a lot and also studied Hungarian. The Empress´ self-esteem grew and she became aware of her beauty and effect on almost every man that crossed her path. Count Hunyady, the Empress´ honorary escort, was the one giving the Empress lessons in Hungarian. The dashing count fell in love with the young Empress, and was abruptly ordered back home. The officers on a Russian warship that was berthed in Madeira all were completely infatuated with the Empress when they met her at a ball.
The Empress:
”Anyway, I want always to be on the move, every ship I see sailing away fills me with the greatest desire to be on it, whether it´s going to Brazil, to Africa, or to the Cape, it doesn´t matter to me, only not to sit on one place for so long.”