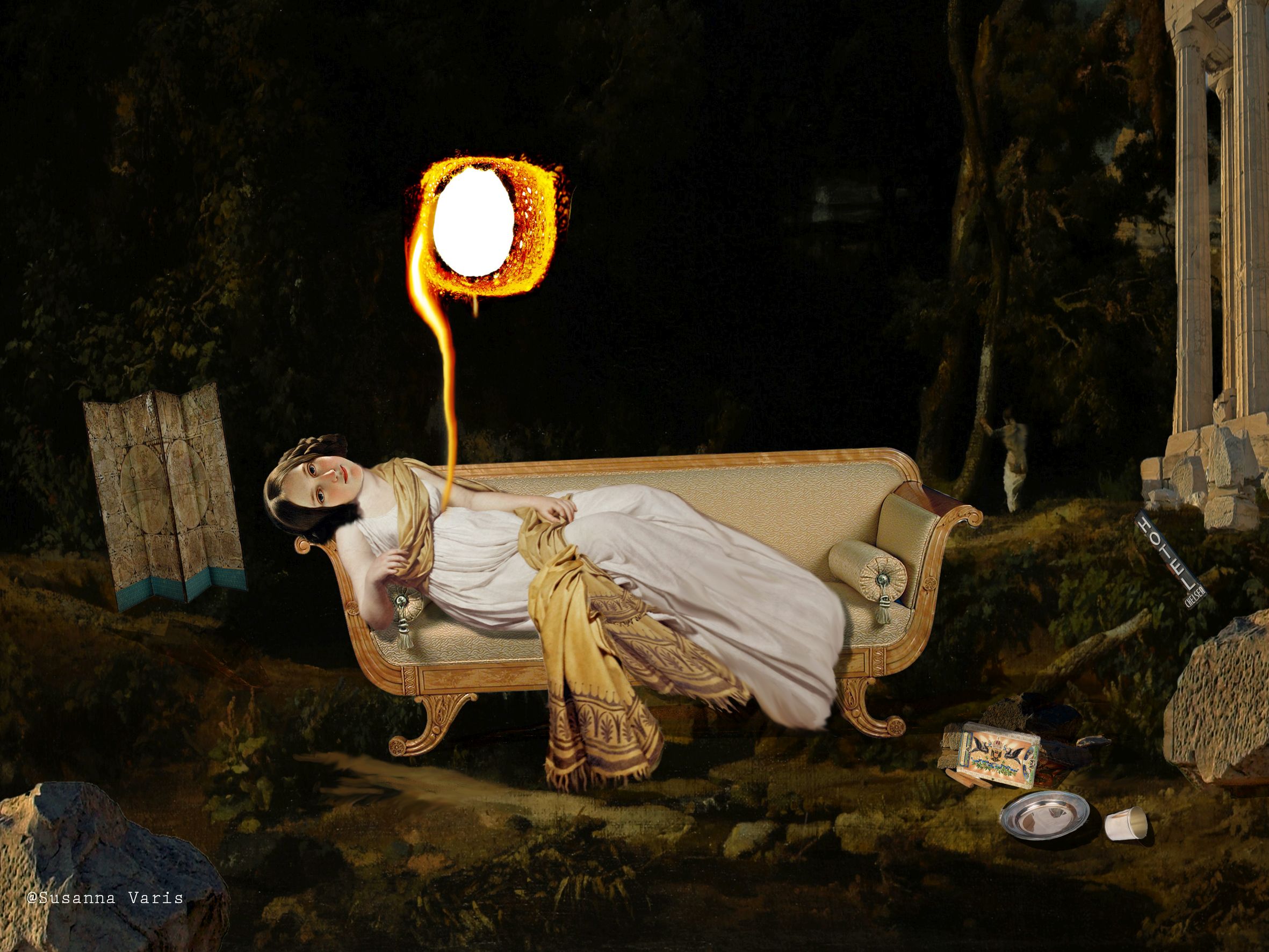 The Baroness´ love was all consuming. She was blind and deaf for anything else than her princes voice and actions. Of all the women…including his wife…he had chosen her, a girl of only 17! Of all the beautiful and distinguished ladies that used to accompany him to the balls and the parties…he always came back to her. Could one believe it? That the crown prince loved her? She wasn´t anything special and she wasn´t a great beauty…but obviously he found something in her that he couldn´t find anywhere else. So when he suggested that they´d spend the weekend at his hunting lodge she gladly joined him. Maybe her love could save him from his nightmares and his melancholia. A weekend in the fresh air of the mountains would surely make things better. Her prince could sometimes sink into a deep hole of melancholy thoughts…
This time the melancholy was very bad and even the good wine or the medicines could ease his pain. The world was black to him and he didn´t want to live. If living meant to be without the love of her life, then her life had no meaning either…87 days they had known each other. 87 days that fullfilled and completed her life! She would need nothing more.

The crown prince could no longer motivate his own existence. The responsibilities to the state…he didn´t believe in it. He didn´t believe in this absurd theatre of inherited power. He had watched his mother suffer under the pressure of a system that had no legitimacy in his eyes. The system had taken his mother away and his father had tried to fullfill its requirements to the extent that he´d almost sent his son to death. The system had forced him to marry a woman he never loved. If the system was more worth than his life, well…

The Empress was, of course, devastated. She would wear nothing but black for the rest of her life. She became the ”Mater Dolorosa”.

The Baroness (carved into the lid of a cigarrette case she had give to the Crown Prince):
”Thanks to this happy fate! 15th January 1889).”

The Crown Prince´s farewell letter to the Empress:
”My dear Mama, I no longer have any right to live…”

The Empress:
”…was the greatest philosopher after all. He had everything, youth, riches, and good healt, and he gave it all up.”

”This night tonight is All Soul´s Night / The graveyard lies forlorn / And who indeed in the depths of night / Would here to the dead be drawn?

Yet though the clouds there breaks the moon / Its light beams shining down / Upon a woman´s face that´s wan / and mourning bands surround.

She wanders there so earnest and calm / in a long, black dress / Wreaths hang down from both her arms / Each so heavily pressed.”